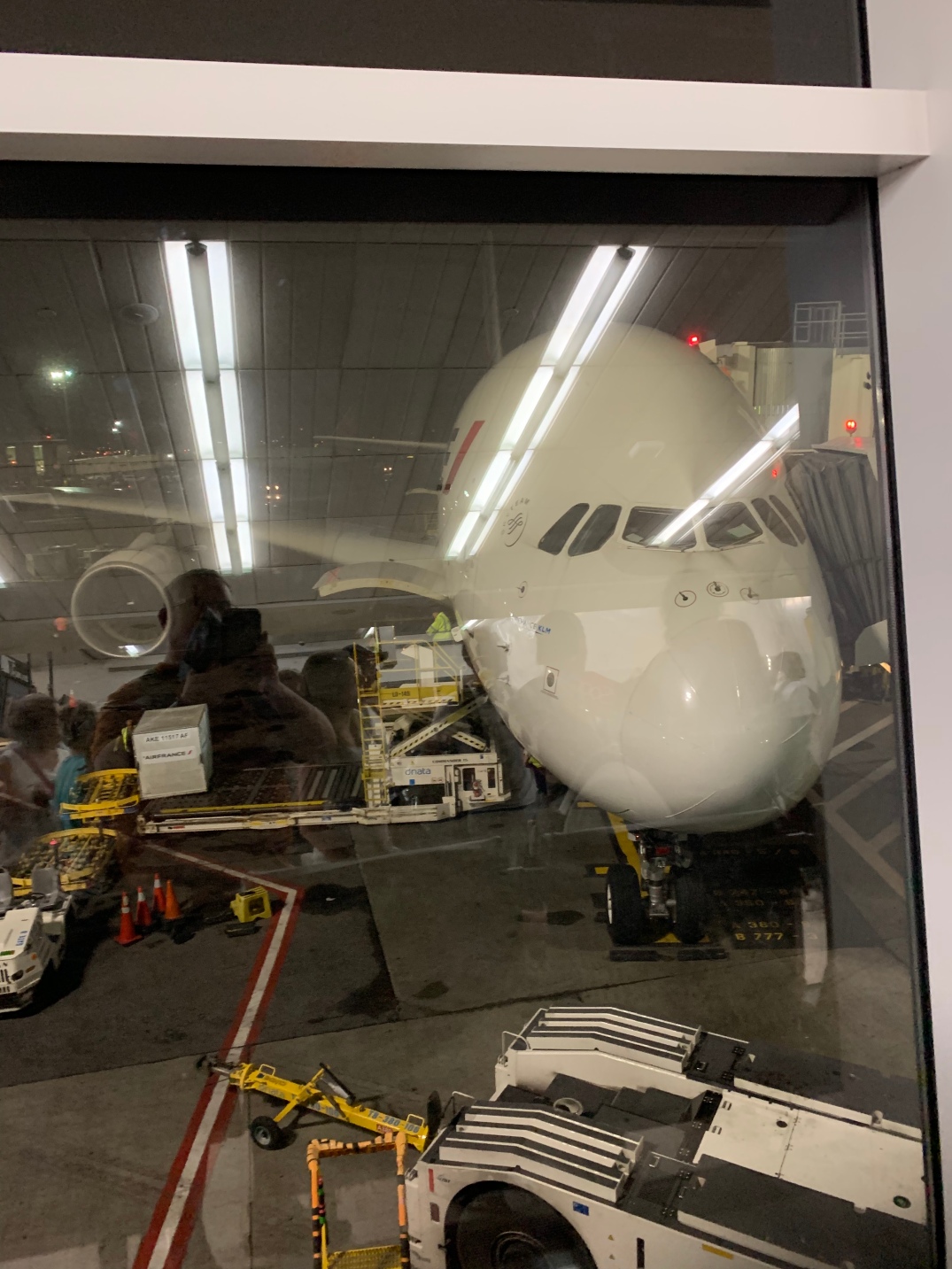 What’s more fun than taking a 9 hour flight from New York to Paris? Taking a flight that’s delayed two hours (sitting on the plane) for a major storm that stopped all flights until it passed. Once the storm passed, we taxied out to the runway, and after sitting there for a half hour, the captain announced we’re waiting to clearance to take off and that we were number 20 in queue. Then the plane drove around JFK for about a half hour before takeoff to get to the right runway. Finally we took off two hours after we were scheduled to leave New York. 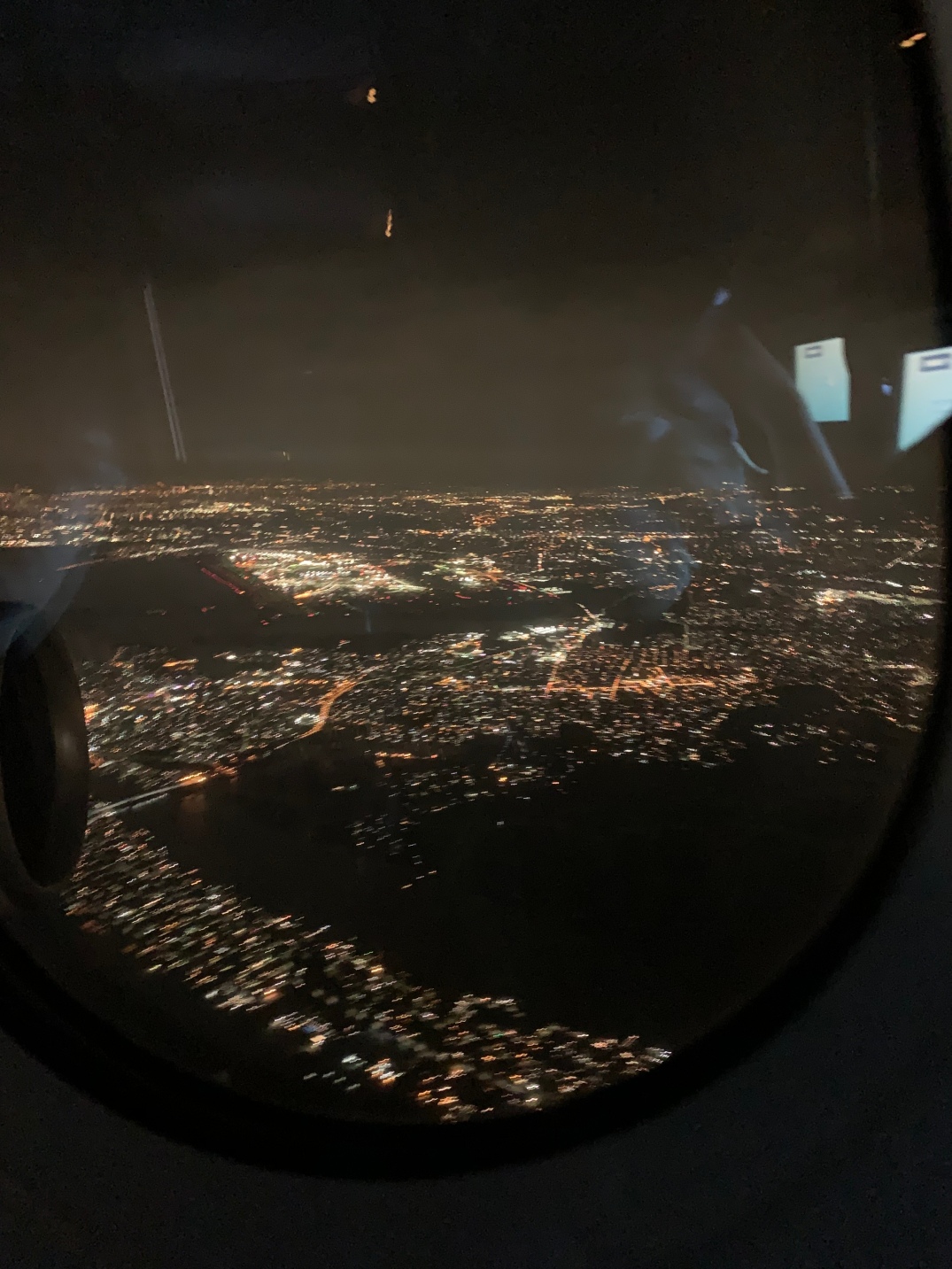 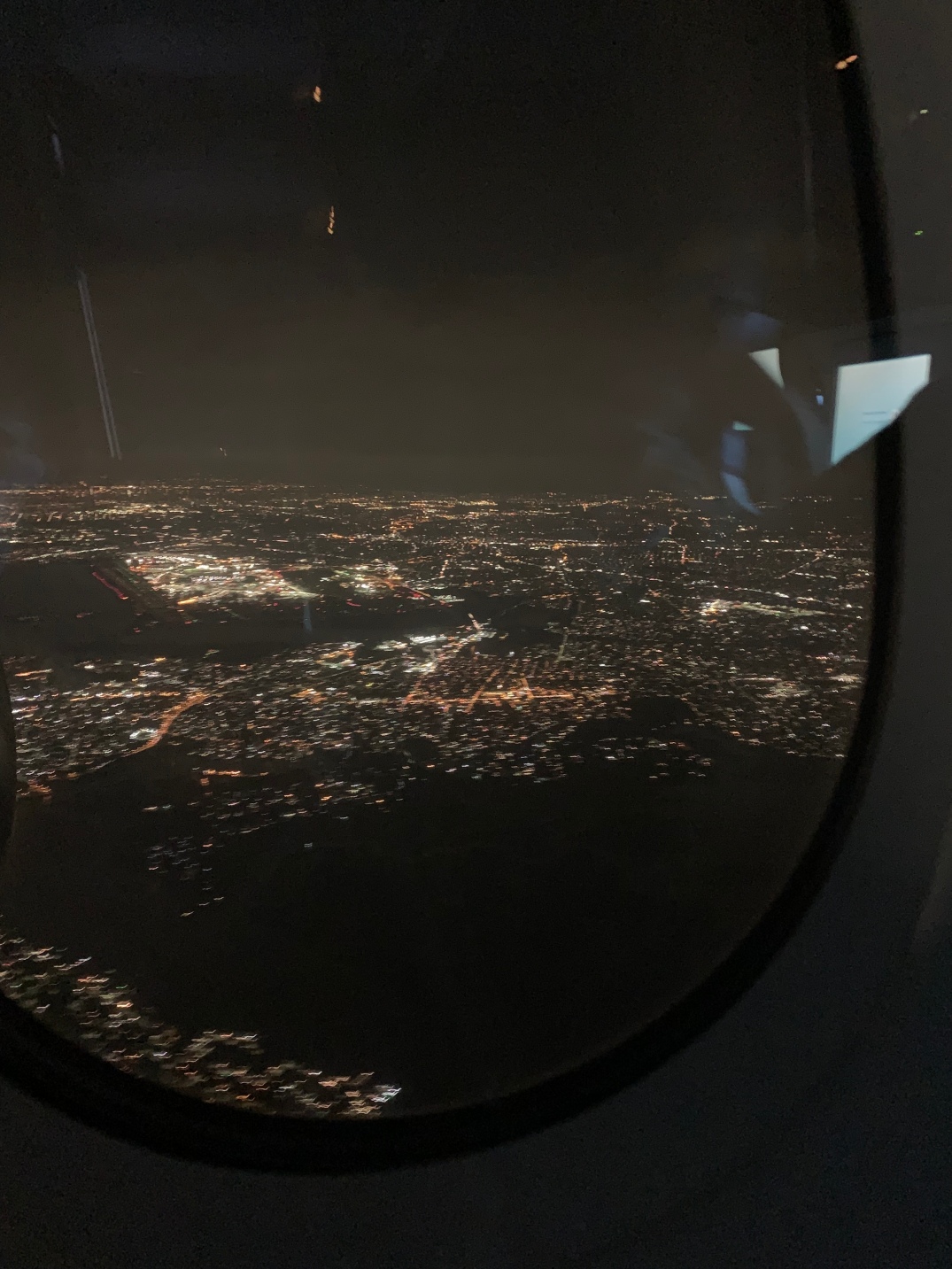 The plane had this cool feature of a tail camera that was shared with passengers during the flight. 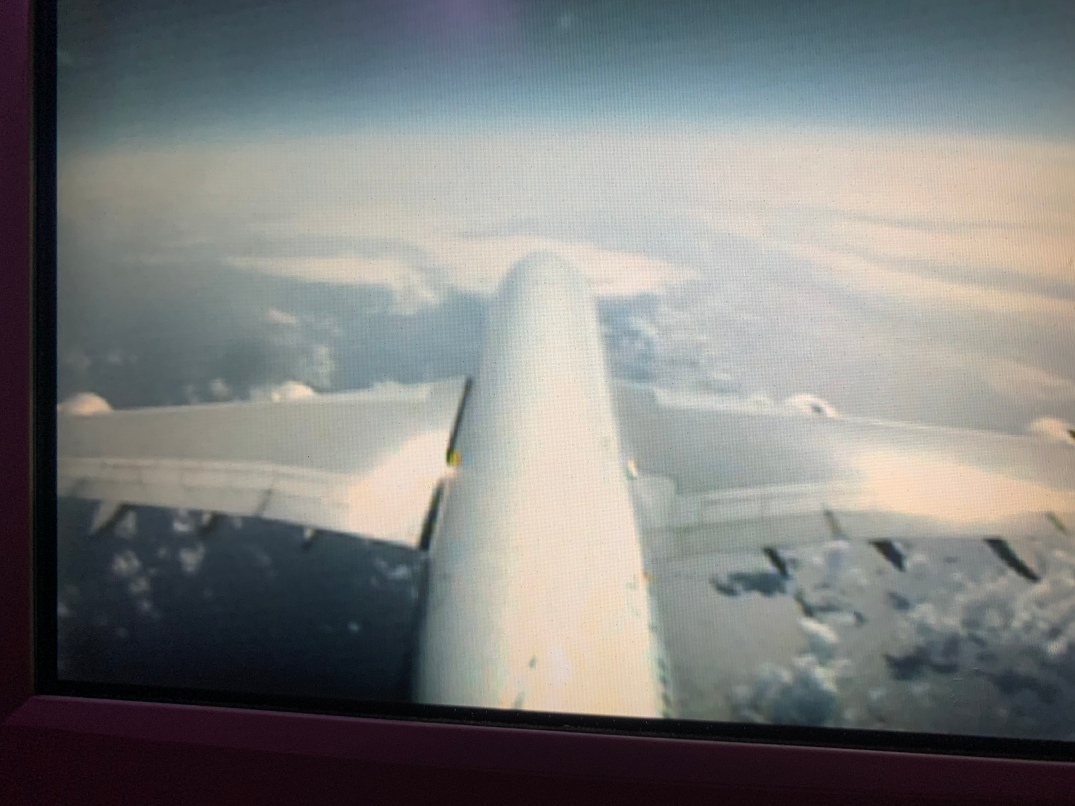 My watch showed 2:00am, but the local time was 10:00, so I opened the window shade (couldn’t sleep anyway) and saw this: 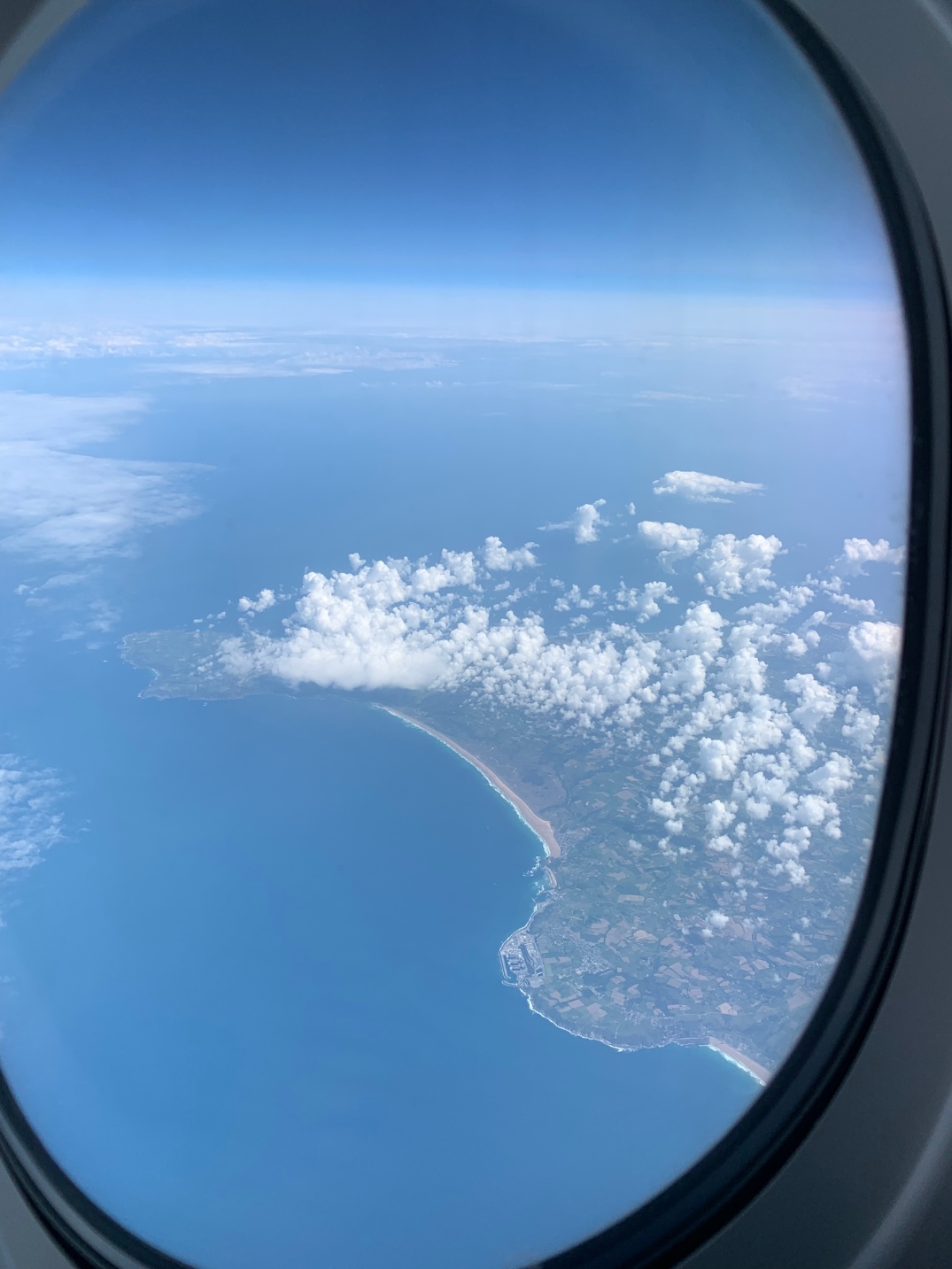 About two hours later we landed in Paris. 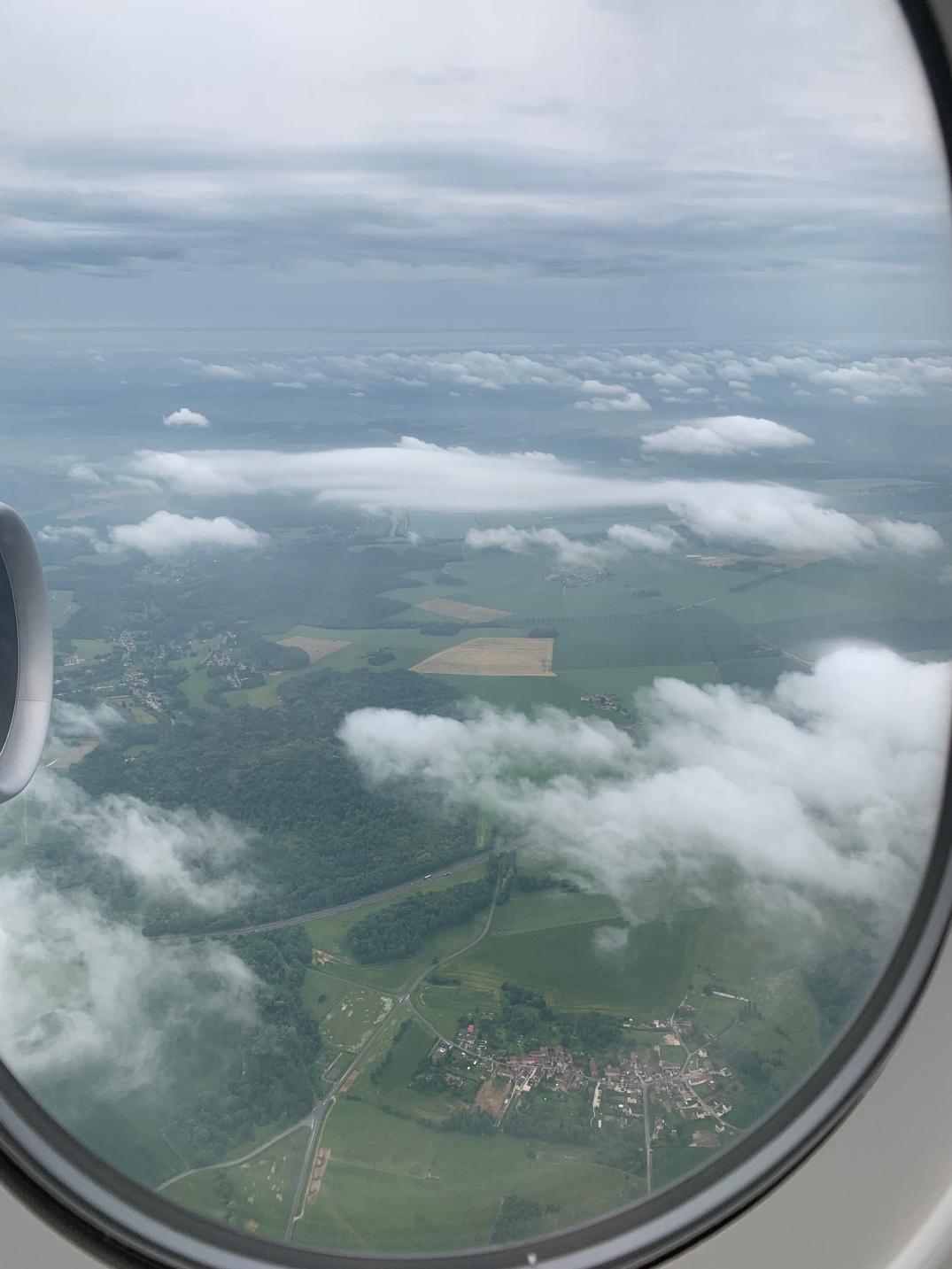 We drove straight to Normandy to our B&B on a farm. It’s absolutely gorgeous here! Woke up to hearing church bells and birds singing, and this view from the window.

Last night for dinner we drove to the next village for pizza, and found this nearby:

It’s now a church, but it was a castle at one time. It deserves further exploring.