I have wanted to post about this for some time, and now I have the perfect opportunity. This is my entry for CFFC’s (CEE’s Fun Foto Challenge) Bridge Challenge.

Pegasus Bridge was originally named the Caen Canal Bridge until 1944 when it was renamed Pegasus Bridge in honor of the Ox and Buck Light Infantry captured this bridge on 6 June 1944. These troops landed mere meters from their objective in Horsa Gliders. They were the first paratroopers who landed in Normandy on D-Day and captured this bridge within 10 minutes intact. This raid was made famous in the movie The Longest Day. This bridge was decommissioned in 1994 and replaced with an exact replica. The orginal now sits in the grounds of the Pegasus Bridge Museum in Ranville-Benouville, Normandy.

The troops also captured the bridge across the River Orne, with the objective of keeping these bridges in Allied hands intact, while destroying the bridge over the River Dives to keep German troops from getting reinforcements to Sword Beach, where British troops landed on D-Day, and to destroy the gun battery at Merville. These missions were accomplished with heavy casualties. There are 2,000 soldiers buried in the Commonwealth War Graves cemetery, not far from the Pegasus Bridge Museum. For more information, you can visit the Pegasus Bridge Museum website.

Here is a replica Horse Glider.

Here is the Pegasus Bridge:

Imagine, if you would, a small idyllic town on the coast of Normandy about halfway between Utah Beach and Omaha Beach.  It has a nice pier, harbor and access to the English Channel.  This town is known as Grandcamp-Maisy, France. 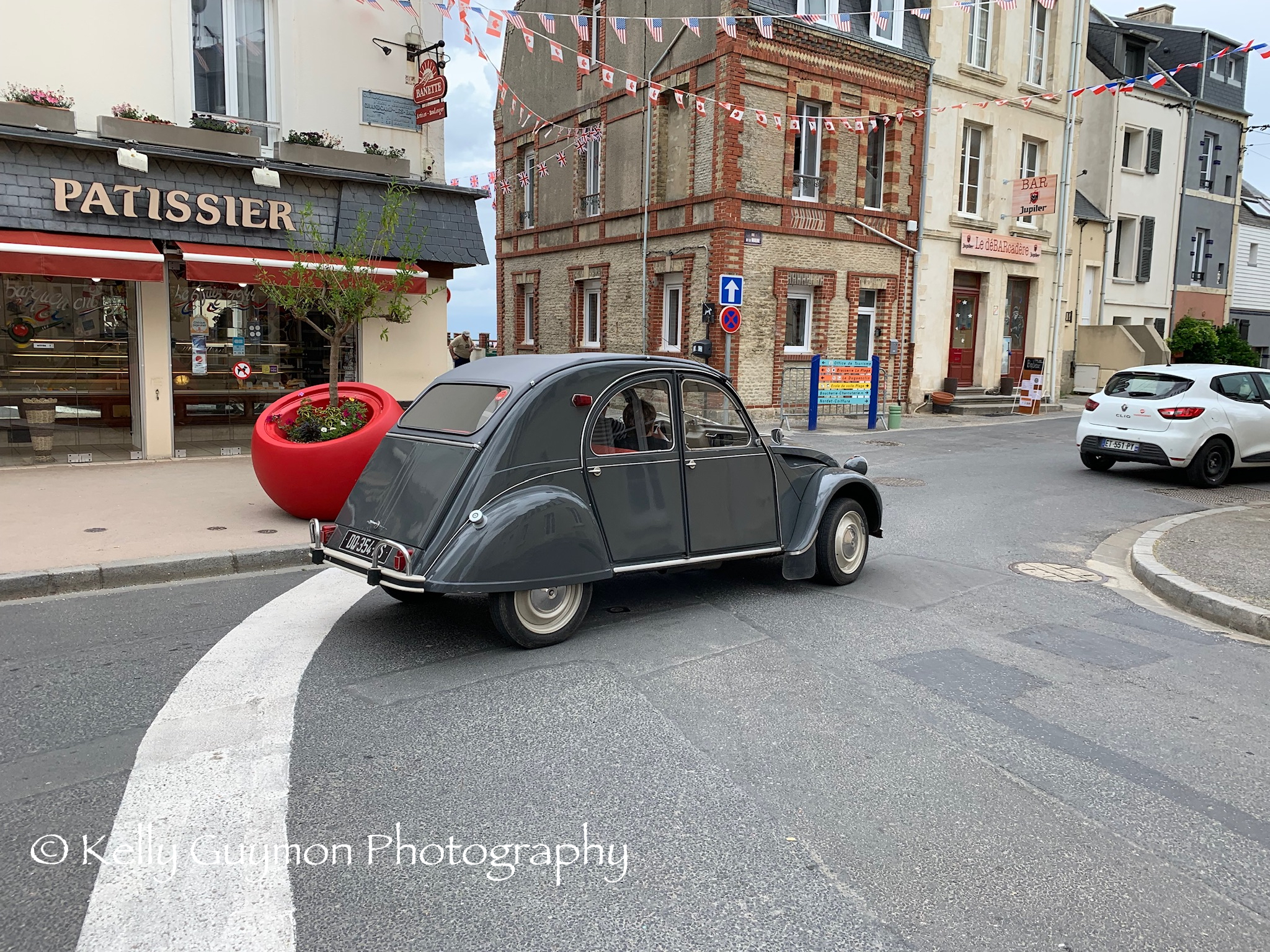 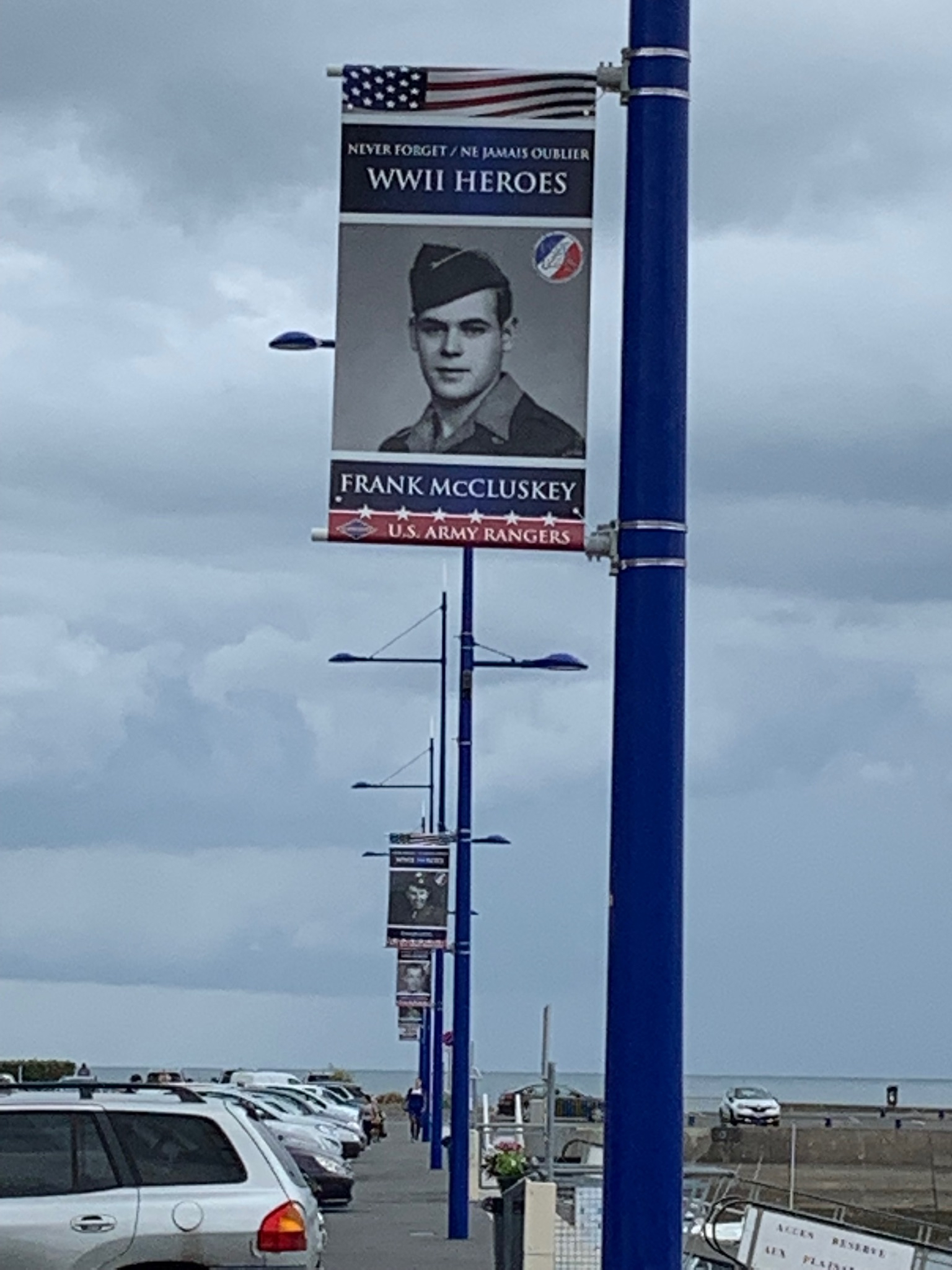 Not too far from town there are several farms.  Looking across these fields, it looks lovely, peaceful and a place you’d likely want to hang out for a while looking at the ocean.

You might want to look a tad closer, because there is something here that shouldn’t be.  Do you see it?  If you look closer, you’ll see a bit of concrete sticking out of the ground.  But then you turn around and look the other direction, and you’ll see something very strange.

Is that really there?  Yes, it is.  You’ve stumbled upon one of the most heavily fortified bunkers of the German Army, known as Maisy Battery.  This site was extremely top secret during WWII.  It was built in secret by prisoners of war from the Eastern Front in 1941-1942 as part of the Atlantic Wall defense system, and they were likely executed afterwards, but there’s no information on that.  Maisy Battery is thought to have been used to shell Utah and Omaha Beaches during the invasion.  However, both beaches are almost impossible to see from the observation mounds at the site.  It’s more likely used for shelling the ships to keep them away from the shore to stop an invasion.

The people in Grandcamp-Maisy had no idea what was here, and they weren’t allowed into the area at all.  This site has 2.5 kilometers of trenches (over 2 miles), 4 large 155mm guns, several 2.5cm flak guns, bunkers, mess hall, and a field hospital.  The mess hall was completely destroyed in the bombing raid, and the field hospital was partially destroyed in the bombing raid and is now inaccessable.

These are the trenches in Maisy Battery.

Maisy Battery had four of these 155mm guns. 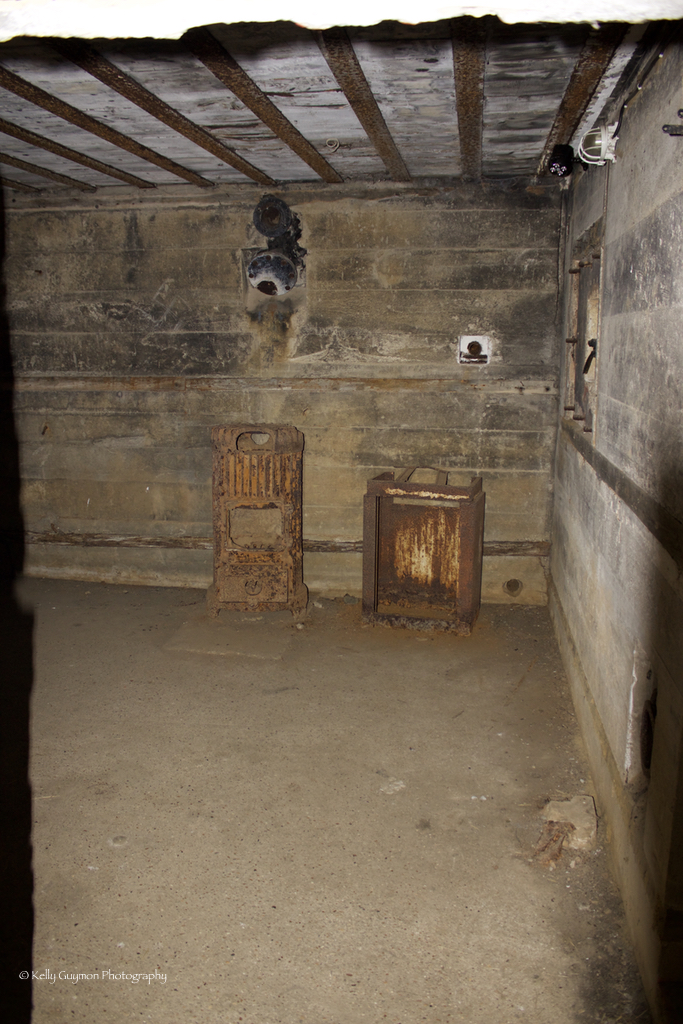 The site also has a radio communications bunker that is surprisingly intact.  Normally they’re bombed out from shelling either by ship or by bazooka rockets. 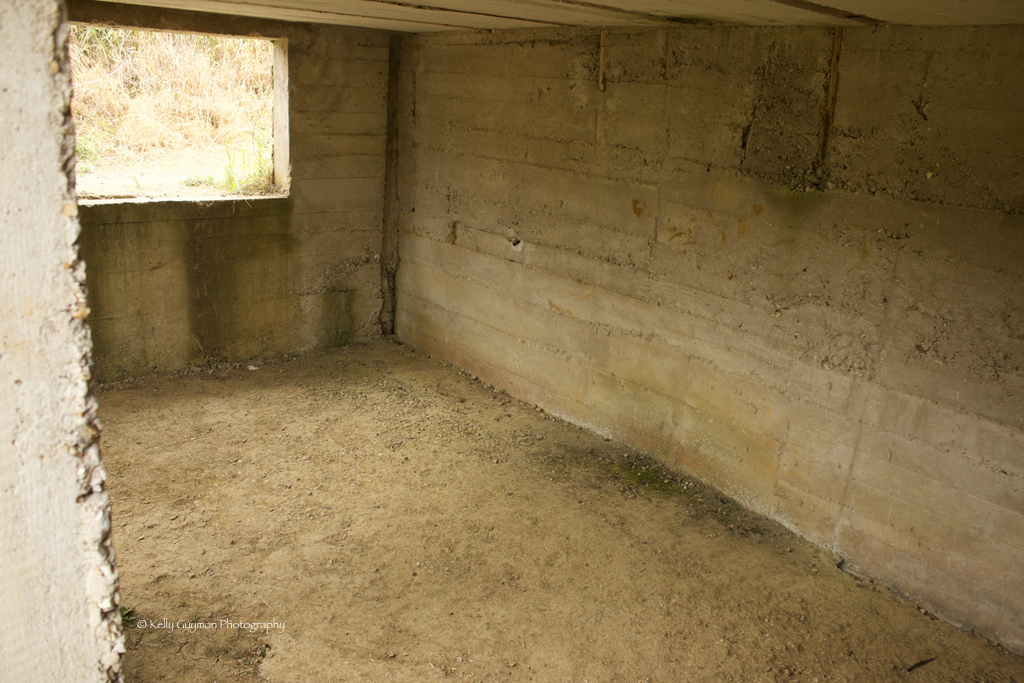 This site has something that was only found in one other spot in Brittany, a RADAR Flak Control Center.  This was used to analyze incoming airplanes all along the French coast and sent out communications to flak guns up and down the coast shooting down Allied aircraft.

What’s interesting to note, or disturbing to note depending on who you talk to, is the Ranger task force that was sent to capture Point-du-Hoc was also ordered to capture Maisy Battery, but they never did. They stayed at Point-du-Hoc guarding the road.  The radar site and flak guns at Maisy Battery were likely shooting at the aircraft that were dropping the 81st Airborne and the 101st Airborne. 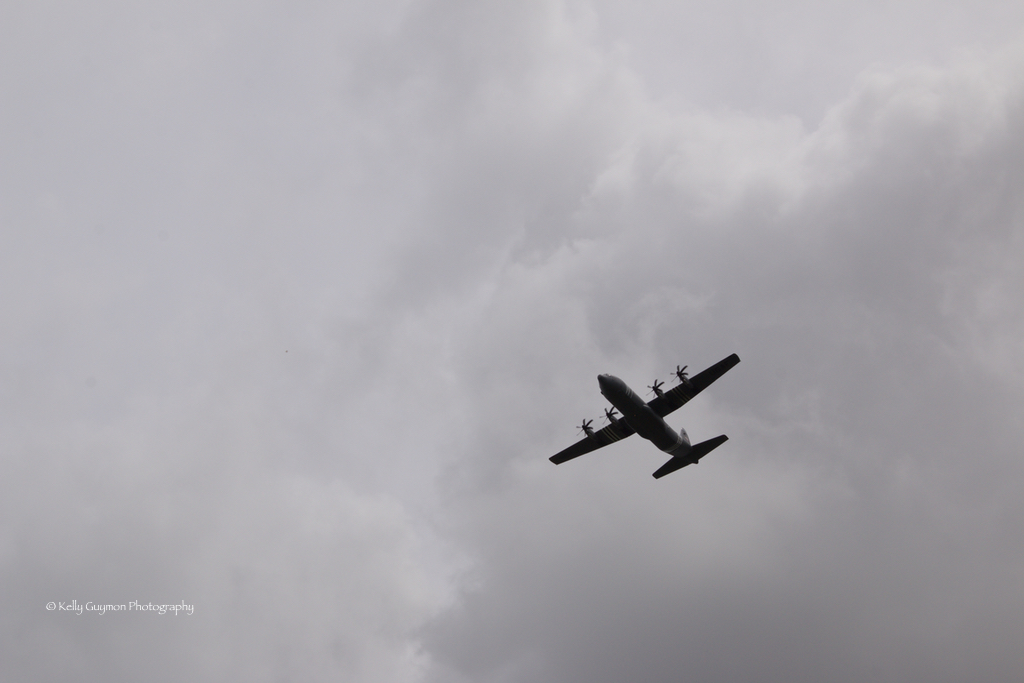 Finally on 9 June 1944, the Rangers captured this battery and took dozens of German soldiers as prisoners of war.

Soon after the war was over, Maisy Battery was classified top secret and buried by the US government, literally buried.  It was covered by earth and smoothed over and returned to the citizens of Grandcamp-Maisy as farmland.  For 60 years this site was erased from the history of D-Day and all memory of existing.  Why?  No one knows for sure.

It wasn’t until 2006 when an avid military collector was looking through a pair of pants from WWII, and he found a map of the area that was only designated “heavy resistance”.  He looked into it further, purchased the property that was on the map and started digging.  To date, his team has unearthed a large portion of the Battery, trenches and bunkers.  Today, the Maisy Battery is open to the public and self tours are available.  It is now in the condition that the Rangers left it 75 years ago.

There is more to this story that is still unfolding.  Maisy Battery was recently featured on the Science Channel, part of the “Secret Nazi Bunkers” series.  For more information, please visit www.maisybattery.com